Neospora caninum is an infectious disease that manifests itself like the Lyme disease and Anaplasmosis as multisystem diseases with many different neurological symptoms.

In the 80s, it was reported from Norway of a disease in dogs with lots of neurological symptoms. The pathogen showed similarities with Toxoplasmosis, but could not be classified more precisely.

In the late 80s in the US, a similar disease named Neospora caninum was known, after it became clear that both pathogens were identical. 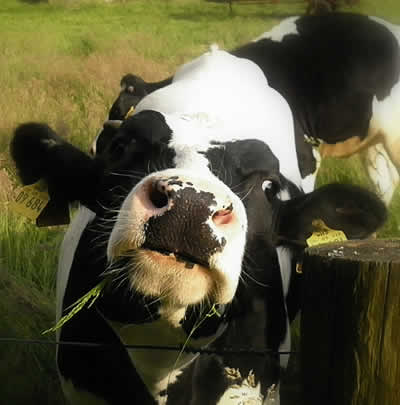 We now know that Neosporosis in dogs is not a new disease, because retrospective studies have shown that the disease had occurred in the US in 1957. At that time the symptoms were described incorrectly diagnosed with Toxoplasmosis.

It is thought that Neospora caninum is alreading spreading Worldwide.

The pathogen is found in dogs, cattle, horses, sheep, goats and deer.

In cattle it causes abortion in all stages of pregnancy. Dog show primarily pronounced neurological symptoms. In addition, the Neosporosis in dogs can cause symptoms in different organs.

Polyradiculitis and polymyositis occurs frequently in dogs, and represents a diagnostic challenge in veterinary medicine. The reasons for this are manifold, because even disease, Anaplasmosis, Toxoplasmosis and other infectious diseases with fever and neurological symptoms associated and orthopedic suspected diagnoses are used as an explanatory model. 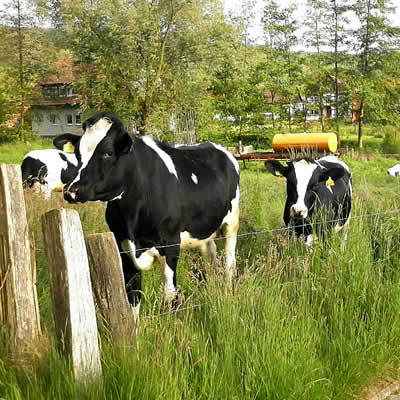 Polymyositis is an inflammation of several muscles. It shows itself in the dog being frequently reluctant to move because of severe muscle pain, tenderness, and movement disorders. There may be a lot of muscle paralysis, the limbs may show dysphagia, there might be voice changes and other symptoms, caused by the infammation of the muscles. 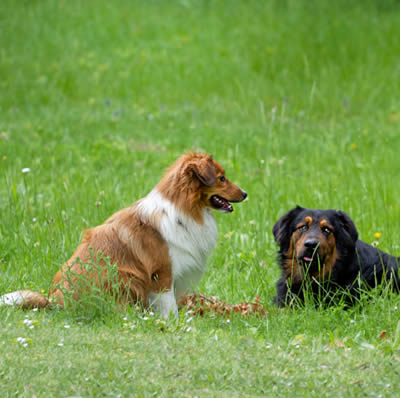 In addition, she shows fever, shortness of breath, fatigue in phases. After even the smallest effort, she shows increased abnormal panting.

The running and jumping joyful bitch then presented unsteadiness, fatigue, and a reduced jumping ability. After a further 2 days she was not able to climb even 50cm height. The following day she could not even climb the stairs.

The first diagnosis of Nancy was a mis-diagnosis, because they thought that it must be the race-specific dislocation of patellar tendons. 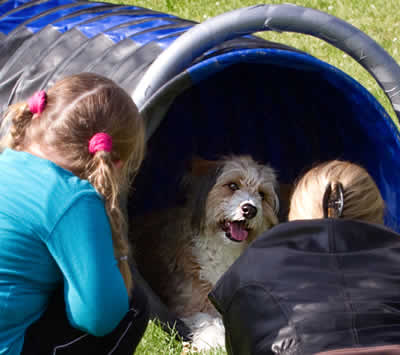 A self-initiated laboratory control by the keeper looking at different pathogens, showed next to a positive Borrelia finding, a significantly increased Neospora level of 1: 2.000 (laboratory analysis in the notes). Nancy was immediately treated with Clyndamycin 10 mg per kg body weight, 3 times daily for at least 4 weeks, and Cotrim = trimethoprim (2,5 mg per kg) + sulfonamide (12.5 mg per kg), twice daily for also at least 4 weeks. Nancy’s general condition improved significantly after less than a week. After 10 days she was able to walk up stairs. After about 4 weeks, Nancy showed only mild residual symptoms and the medication was discontinued after 5 weeks.

The Neospora infection needs to be treated repeatedly just like the other vector borne diseases.

Nancy shows today the clinical picture of Neosporosis in different rhythms. She is treated then for 4 weeks with the combination of Clyndamycin and Cotrim. After therapy there remain some residual symptoms, existing since the initial antibiotic treatment. The veterinarian follows the therapy-resistant residual symptoms back to the combination of infections with Neospora canis and Borrelia.

Neosporosis in dogs as PDF